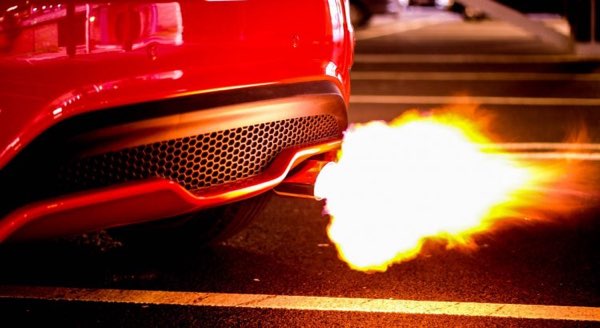 WHAT IS A POP AND BANG REMAP?

The exhausts of heavily tuned cars have popped, banged, and even produced flames naturally as a by-product of the tuning, but have you noticed lately, a lot of cars that you would not normally expect to pop and bang, are doing just that.

We can add pops and bangs into a performance remap and although it is not an option we push, we realise that some customers do want the pop and bang feature, so it is one we can provide at a customer’s request.

A pop and bang (or burble as commonly referred to by manufacturers) is a calibration feature within the ECU where a specifically targeted, very lean misfire happens as you lift off the throttle.

CAN POP AND BANG MAPS BE APPLIED TO ANY ENGINE?

NO, but in theory, it can be done to most petrol engines, turbocharged, supercharged, or even normally aspirated, that have an ECU in which the fuel and ignition settings can be modified, and providing you can find an experienced tuner capable of adjusting your engine management software correctly, most engines can have this applied with varying degrees of effect.

Because a pop and bang map requires adding more fuel, you can only safely have it with a catalyst-free exhaust.

Previously pop and bang only featured in heavily tuned cars, but with modern engine management capabilities, pop and bang can be mapped into a performance tune for many (but not all) factory standard vehicles.

The feature offers no performance advantages but does offer a sportier feel and noise and results in pop and bang or crackle noise coming from the exhaust system during engine deceleration.

You may need modifications to allow these (typically de-cat) methods such as adjusting the air to fuel mixture, anti-lag and ECU remapping on ignition parameters should be done with associated parts.

ARE POP AND BANG MAPS SAFE?

This is the most controversial element of pop and bang maps but providing your map has been done by someone who knows what they are doing, it's highly unlikely to cause any real issues.

MPG Tuning is based in Cannock Staffordshire but serve customers from further afield typically from the following areas, Lichfield, Burntwood, Rugeley, Stafford, Brownhills, Walsall, Wolverhampton, Birmingham, Tamworth plus many more areas throughout the West and East Midlands.

WHAT OUR CUSTOMERS SAY

You will be presented with a bewildering selection of companies, all claiming to be the best in the industry. Unfortunately the industry has been flooded with “Get Rich Quick” merchants all desperate to take your money from you. In many cases the “Get Rich Quick” operators have invested in “Cloned” counterfeit remapping tools off the internet. They have little “if any” industry knowledge, experience or liability insurance…

Don’t get sucked in by a good story and what appears to be an incredible price. Instead of taking the word of self-acclaimed tuning experts, a search on google will reveal some very interesting, yet disturbing facts about a few “so called” professionals. Unlike some testimonials “Bert for Bognor says we are Brill” our customers are real people. Don’t take our word for it, ask the people that know best “Our Customers”

I went for a remap on my T5 as it had an awful flat spot around 2800 rev's I got great personal service and its like having a new engine in the van smooth power and greater economy.... Highly recommended wish I'd done it months ago it would have paid for it self already thanks a lot hills are no longer a drag.

Popped in to see Mike on Friday to have my A4 2.0TDi 170hp remapped. Have to say I was a little pessimistic at first having being told by another firm that remaps on these were a nightmare so was expecting the worst! Thankfully, nothing of the sort, straight in, one error message unknown but Mike worked it out and all done in no time. Straight out for a test run and the drive is very different, certainly mid ranged (where these engines seem to suffer) pulls away nicely and can definitely feel the benefit. Best money I've ever spent on a car in, well, forever! Thanks again Mike

Had the ECU my 320D remapped by Mike yesterday. Very impressed with the results. Noticed it straight away after having it done. Service was also great, talked me through all of it to get exactly what I wanted out of it. Highly recommend mpg tuning.

Took my Civic Mk VIII 2.2 CDTI to Mike following a recommendation from a friend who's had his last few cars remapped at MPG., professional service and answered any questions I had. Customised remap that gave me a good balance between performance and economy. Mike was happy to let me watch the whole procedure and explained what he was doing. Makes a good brew as well! Would highly recommend, Will definitely bring my future motors here.

Just had the ECU on my BMW 320D remapped and it is absolutely superb the power is unbelievable and the service is outstanding would recommend it to anybody he has transformed my car from 160 bhp to 207 bhp no smoke at all and the power delivery is awesome throughout all of the gears really happy.

Had my Astra 1.9cdti remapped here with EGR delete for a great price, I have now got the full power and yes it's rapid lol.... Mike was helpful and talked me through it all and also good after care as well. Thanks again.

Had my T5 remapped today. Over the moon with the results! Really reasonable price and customer service is second to none! Would highly recommend!

I had my car remap done and I'm really pleased with MPG Tuning. Great atmosphere, great service and I will recommend it to all my friends. Thank you once again. Renault Megane 2.0 Turbo petrol with 165 hp standard

Mike remapped my car. Perfect professional service from start to the end. For less than 2 hours everything was done. If you want a different feeling when you are driving MPG Tuning is your place to go.

My boyfriend has exactly the same car as me 1.5 diesel fiesta, had his remapped and was over the moon with it. I had never thought of having a car remap but after driving his, mine felt heavy and slow so decided to get mine done too, now I am converted I love it even more and I am getting about 80-90 miles per tank better than before, very happy , great friendly service and awesome cuppa while we waited

Had my renault van remapped at mpg tuning, awesome power, can now keep up with pigeons, thanks Mike for an excellent job 👍👍